The Impact of Nord Stream on Russian Gas flows in Europe.

The flow of Russian pipeline gas to Europe has declined dramatically in the past three months.

In particular, the curtailment of flows via Nord Stream have had an impact not just on Germany, where the pipeline makes landfall, but also on Gazprom’s counterparties in Czechia, Slovakia, Austria, and Italy – the latter three in particular being markets that were, until relatively recently, supplied primarily via Ukraine.

This Insight, from Dr Jack Sharples, Research Fellow, OIES, examines the flow of Russian gas to Europe and in doing so, explains why the decline in Nord Stream flows impacted those markets, in the manner of a line of dominoes falling, one after the other. In doing so, this analysis draws conclusions regarding the constrained supply of Russian gas to central and north-western Europe for the remainder of summer, the impact on storage stock accumulation, and the outlook for the coming winter. 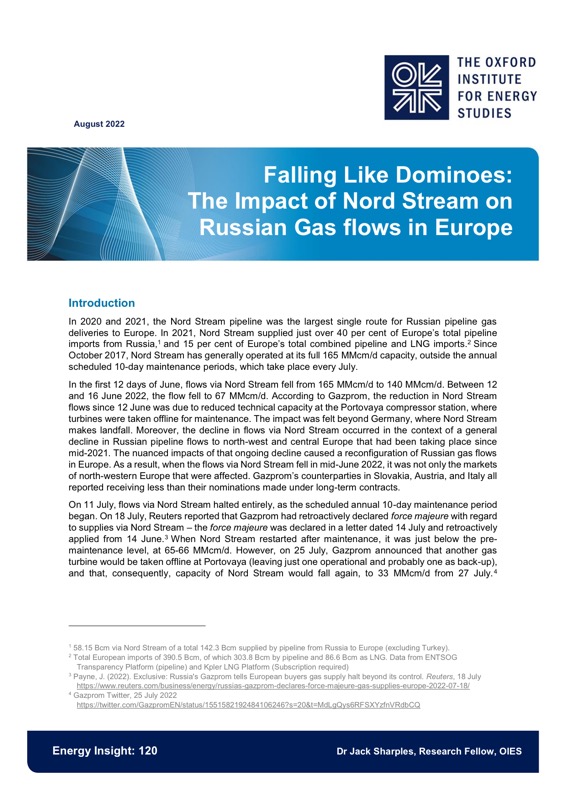